Our mission at Indian Creek is to “Know Him and Make Him Known.” To break that down a little further is to say we have a strong desire to evangelize the lost. We want everyone who comes on the camp property to trust Jesus Christ as their Savior. In addition to those who will be saved, we desire, as Daniel 12:3 states, to “turn many to righteousness.” We long to see God turn the hearts of those living in unrighteousness back to righteousness, and to see them have a super natural touch from Heaven, experiencing revival in their own heart and life. For those who have a walk with Christ, it is our desire that they will grow closer in their walk with Him.

We pray that God would unite each youth groups’ hearts together as one and that they would take that strong unity back to their local church and be “an example of the believers” as they encourage their church and pastor and reach out to their community with the gospel and the love of Christ!

We also believe that camp should be three things. First, as stated earlier, we should exalt Christ through the preaching of His Word, resulting in changed lives. Second, camp should be an escape from the hustle and bustle of everyday life, as well as the temptations, electronics, etc. In place of that, campers will see the beauty of the Lord through His creation and truly enjoy getting out in the woods, seeing the stars at night, running through a field during an activity, and just enjoying the outdoors. Third and finally, we want the campers to just have fun!!! We believe camp should be camp. Camp should not be Youth Conference or Christian School; camp should be camp. Thus, we have spent tens of thousands of dollars to ensure they have a good time and make a lot of good memories with their friends and youth group. 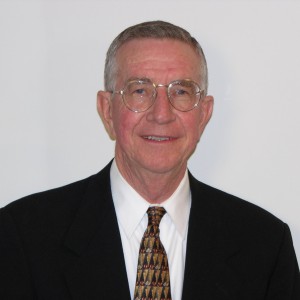 The thought of our church having a camp began like this: Bro. Ron Kendall (a deacon at Shawnee Baptist Church) and his wife, Peggy, had a desire to somehow be involved in camp ministry because Bro. Kendall’s life had been touched and changed at a camp in his youth.

Bro. Kendall went to the then pastor of Shawnee Baptist Church, Bro. Lonnie Mattingly, and told him of his and his wife’s desire. He expressed that he was willing to buy a camp ground and supply the buildings and facilities if the church was willing to run the program and supply the staff for the camp. After looking at several pieces of property, one of our deacons discovered that a beautiful campground named “The Lickford Valley RV Park,” approximately 300 acres, was for sale. The two of them along with other staff looked at the property, and everyone was very impressed. Through much prayer Bro. Kendall purchased the campground. Bro. Mattingly asked Bro. Reno Likins to develop the camp program and to direct the camp. It was renamed “Indian Creek Baptist Camp” and was now in its birthing stage. We began to build buildings, recruit staff and a cook, and opened it up for churches to come. We had the first official week, Teen Week 1, in June of 1996, with approximately 140 campers from Shawnee Baptist Church in Louisville, KY, Lewis Avenue Baptist Church in Temperance, MI, and Berean Baptist Church in Adrian, MI, and thus Indian Creek Baptist Camp was born!

The camp has had a few changes in the camp director position, and each man has helped it stay true to its course and made major contributions, for which we are extremely grateful. Indian Creek would not be Indian Creek without all of the great churches that trust its leadership, program and preaching and also entrust us to pray and impact their young people for the Lord Jesus Christ! So, to write the history of the camp we would have to say a heartfelt “thank you” to all the churches that have come through the years and are also Indian Creek Baptist Camp!

Our Code Of Conduct